Murders and Scandals: Poe and Doyle 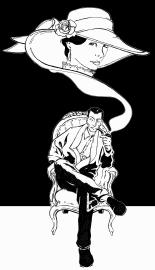 Performances: July 14, 15, 20, 21, and 22, 2017
(8pm performances on all dates, plus a 2pm matinée on Saturday the 15th)
Thursday the 20th is a pay-what-you-can performance.
The Post-Meridian Radio Players are proud to present their seventh annual Summer Radio program with adaptations for radio drama of Arthur Conan Doyle’s Sherlock Holmes tale “A Scandal in Bohemia” and a gender-swapped version of Edgar Allan Poe’s “The Murders in the Rue Morgue”, considered by some the first modern detective story.

Our detectives will work out these puzzles for your pleasure on the stage of Responsible Grace Church in Somerville for six performances!

Your Hosts for the Evening

The Murders in the Rue Morgue

Sherlock Holmes
in
A Scandal in Bohemia