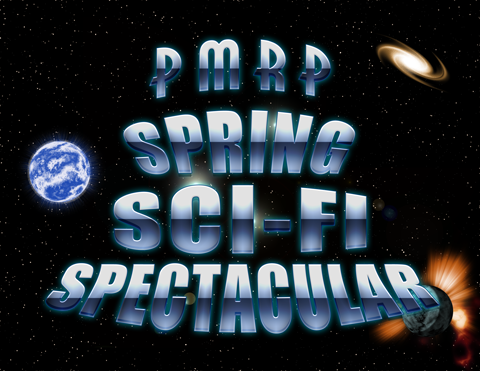 Following on the success of last year’s performance of Doctor Who and the Starship of Madness, THE POST-MERIDIAN RADIO PLAYERS are putting on a bigger, bolder spring production this year!

THE POST-MERIDIAN RADIO PLAYERS kick off their first Spring Sci-Fi Spectacular with one of their most popular shows!

Originally performed at Arisia '08, this episode of our sci-fi comedy, Red Shift: Interplanetary Do-Gooder, which both parodies and pays homage to the pulp sci-fi serials of the 1930s and ’40s (with a bit of the ’50s thrown in for good measure!), follows Red, Lumpy, Doc Alberts and Penny Parker, Girl Reporter as they try to save beloved space celebrity Jetpack Jones from his worst nightmare: angry fans with atomic weaponry!

Writer/director Rob Noyes' vision of the World of Tomorrow. Not the bleak, post-nuclear wasteland or industrial urban dystopia of 1980s science-fiction, but the clean, modernist utopia imagined by the 1939 World’s Fair: a future which, through industry and hard work, promised to be streamlined, prosperous and bright; and beyond it lay the Cosmos, just waiting for exploration and colonization. Red Shift and Lumpy lived in just this kind of Universe, and Dr. Alberts and Penny Parker were keen to travel there. It turned out, however, to be just slightly off-center from what they were expecting.

This adaptation of Edmund H. North’s original film script was written by Milton Geiger. The film script itself was based on the Harry Bates short story "Farewell to the Master".

View Urban Promise Church of Somerville on a larger map