THERE'S ONE DUE DATE YOU CAN NEVER ESCAPE!

Once again, THE POST-MERIDIAN RADIO PLAYERS will bring you laughs, thrills and chills for Halloween with their annual LIVE "staged radio thrillogy", Tomes of Terror!

Come see radio drama performed the way it was back in the 1930's, 40's & 50's: with actors on microphones and a live Foley team creating sound effects, often with with unexpected, everyday objects.

The Baby Snooks Show: An evening of trick-or-treating turns intoa hilarious night of disasters, as Daddy tries to one-up the father of Snooks’ friend, Roger. Of course, things never go as smoothly as Daddy plans, and events escalate into an all-out prank war!
The 1946 Halloween episode of the classic Golden Age comedy that originally starred Fanny Brice. Written by Philip Rapp.

Reynardine: In a small English village, tempers flare over a Prophecy that a terrible fate will befall the village if a fox is killed during the annual Hunt.  What does Alice know?  Why does she fear the return of her lover, gone now these five years? And what part does the mysterious were-fox play in it all?
Adapted by our own Renée Johnson from Athan Y. Chilton's short story The Ballad of Reynardine, which was based on modern interpretations of the popular English ballad "The Mountains High".

The Tell-Tale Heart: In Edgar Allan Poe's chilling tale of methodical murder, a man calmly narrates his cold-blooded killing of a prominent farmer in a small community. His carefully planned disposal of the evidence goes unnoticed by even the police, until the evidence itself comes back to haunt him...
Adapted for CBC Radio's Nightfall supernatural-horror anthology series by Len Peterson in 1980.

WARNING: This production of "The Tell-Tale Heart" contains brief incidents of graphic audio violence and may not be suitable for younger attendees. 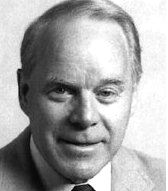 Our show this year is dedicated to the memory of Len Peterson, the Canadian playwright who granted us permission to perform some of his plays from CBC Radio's Nightfall, a supernatural- horror anthology series that ran in the early 1980s.  Mr. Peterson passed away on February 28th of this year, at the age of 90, leaving behind a legacy of award-winning radio dramas about many social issues which, when originally written, caused much controversy.
We at PMRP were saddened to hear of his passing, but are grateful to Mr. Peterson for allowing us to perform some of his works for a new audience.
There's an extensive article about Mr. Peterson and his writing career on the Toronto Globe and Mail website.

The 1946 Halloween Episode
by Philip Rapp
Originally produced and directed by Philip Rapp
Licensed by agreement with Paul Rapp of www.bickersons.com

Based on The Ballad of Reynardine by Athan Y. Chilton
Adapted with Permission by Renée Johnson

The Fear is All in Your Head

The Jordan Rich Show
Recording to be available soon.