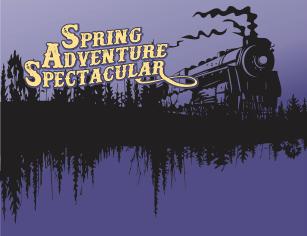 You can buy a copy of this performance from our Bandcamp storefront!

The Post-Meridian Radio Players are bringing two exciting classic tales of adventure to the stage this spring as part of our Spring Adventure Spectacular.

Original story by Maurice Leblanc with additional material from the works of Sir Arthur Conan Doyle.
Adapted and Directed by Christopher Chiampa
“France, 1892. What should be a quiet train journey to Rouen for a retired military officer and an American gentlewoman on holiday is interrupted by a strange man of dubious origin. His presence there is soon shown to not be a coincidence. What plans does this mysterious traveler have for his fellow passengers, and what connection does he have with Arsène Lupin, the infamous gentleman-thief?”

Based on The Scarlet Pimpernel, created by Baroness Emma Orczy
Adapted and directed by Elizabeth Salazar
“During the Reign of Terror, a mysterious Englishman has been saving French aristocrats condemned to the guillotine. With her brother's life in the balance, Marguerite St. Just must become an unwilling spy to help uncover the identity of the Scarlet Pimpernel. But when Marguerite discovers that someone near and dear to her heart is the elusive Pimpernel, she must risk everything to come to his rescue before Citizen Chauvelin's net can encircle him!”

As mentioned in your program, cast and crew bios are available on the SAS15 bios page.

On our Tickets page you can make a reservation to pay at the door, or buy tickets in advance.