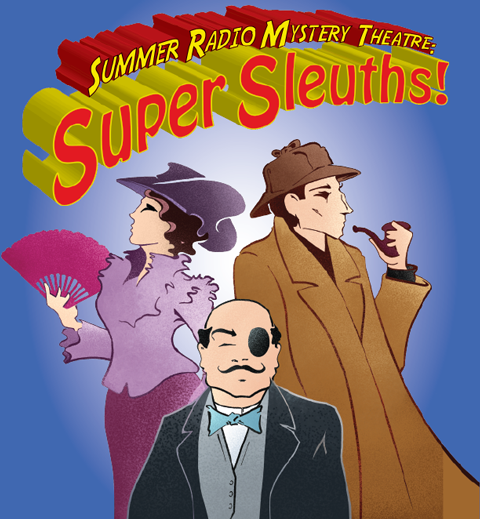 The Trio of Terrific Truthseekers will tantalize the stage of Responsible Grace Church in Somerville for six performances!

Purchase these shows on Bandcamp here!

Hercule Poirot
in
THE CASE OF THE CARELESS VICTIM

Join Agatha Christie's famous Belgian dectective in his very first American adventure as he uses his “little gray cells” to try to solve a murder in scenic Boston.

Lady Molly of Scotland Yard
in
THE NINESCORE MYSTERY

In 1910, Baroness Orczy (The Scarlet Pimpernel) introduced one of the first female detectives into the world of mystery fiction. In this tale, Lady Molly is given a chance to prove herself to her superiors by solving the Ninescore murder case.

Sherlock Holmes
in
SHERLOCK HOLMES AND THE WHITECHAPEL MURDERS

Andrew Harrington and Chris Chiampa reprise their roles of Sherlock Holmes and Doctor Watson as the master detective faces off against one of history's most infamous killers.